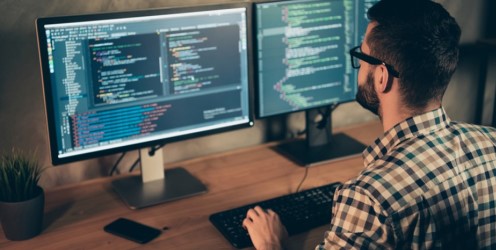 End user testing … a critical step in any system update or release, yet this activity is notoriously painful! Testing needs data, scripts, and tracking; and it is a prime candidate for automation. Yet automating testing is tricky and time-consuming. A few years ago, Oracle implemented PeopleSoft testing automation with a macro reporting tool called, PeopleSoft Testing Framework (PTF). PTF is slick and is known as a “cool techie tool” because it needs a technical mind to use, manage, and administer. The problem with PTF is that functional users are commonly tasked with end user testing and these users struggle to adopt a tool that is technical-centric.

Sierra-Cedar understood that the practice of end user testing did not align with the use of PTF, so it answered the disconnect by creating a bolt-on tool called Sierra-Cedar PTF Workbench. The Workbench (as it is commonly called) leverages all the PTF features but provides access to PTF using PIA (PeopleSoft web access). This is a portal where end users conduct testing without having to sign into the PTF tool.

“The Workbench is a one-stop solution that allows users to execute scripts and analyzes results, which saves time and effort as well as providing testing control to validate sign off,” said Greg Whitney, Senior Director of Application Technology at Sierra-Cedar.

The other beauty of the Sierra-Cedar PTF Workbench is its ability to bundle multiple test scripts into an overall test scenario or a business process. It is built with a practical understanding of what it takes to execute and test a business process.

Along with the Workbench tool, Sierra-Cedar offers a pre-built script catalog with hundreds of scripts that cross various modules and pillars. This library of scripts was built with the flexibility to run for a single test data or multiple test data inputs (in case of scenario-based testing).

“Users control the data. Users control the signoff. The Workbench helps get testing done in a fraction of the time compared to previous methods, and it is all done within the online application,” Whitney said.

Contact us today for next steps in implementing the Sierra-Cedar PTF Workbench for your organization or institution.